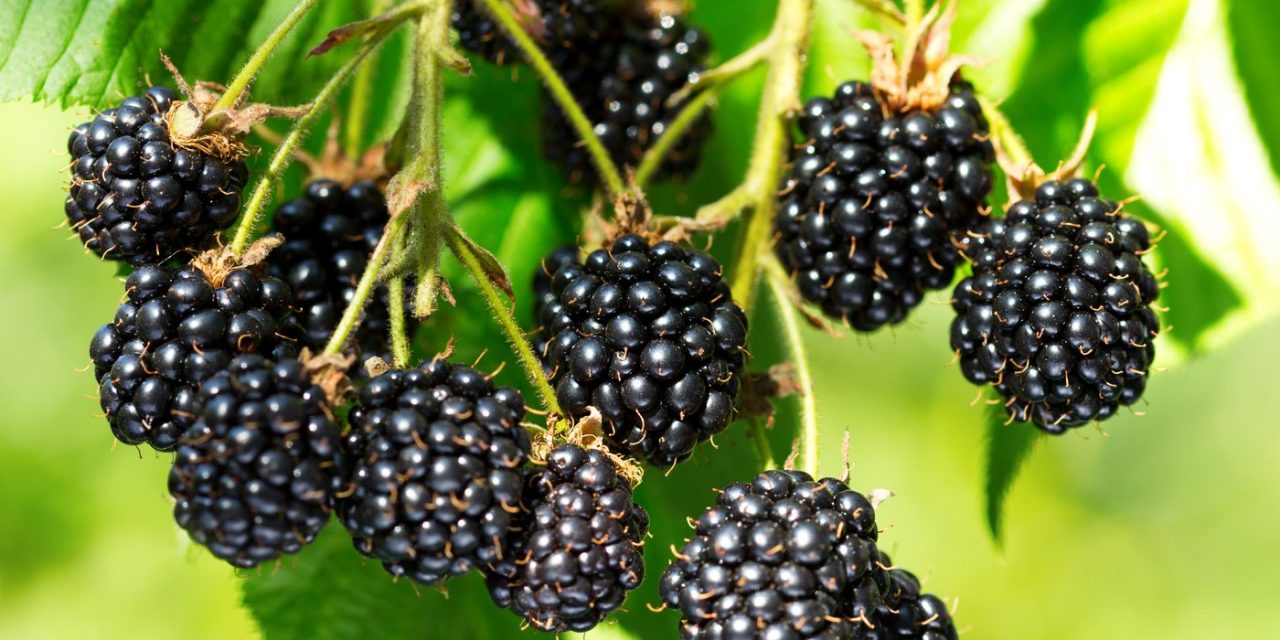 Black raspberries have been growing wild in North America since recorded history. Not a blackberry, nor a red raspberry, it is a unique, tarte fruit that’s been used for everything from a coloring agent to helping in the fight against cancer. Here are the top studied health benefits of black raspberries:

Black raspberries grow as two different species in different parts of North America. Rubus leucodermis is native to the western coast of the United States. Rubus occidentalis grows in the eastern portion. The two species have very minor differences, but are mostly alike. You can find black raspberries in open, woody areas. They prefer rich soil and milder climates and are usually harvested in the month of July. A black raspberry is made up of tiny bead-like fruits called “drupelets”. Each drupelet contains a black raspberry seed, so the seeds are naturally eaten with the fruit. It’s a 2 for 1 package.

Although they are often confused with blackberries, black raspberries are actually a cousin to both the blackberry and the strawberry in the family Rosaceae. You may also hear them referred to as “blackcaps”, “thimbleberries” or “scotch cap”. They contain a rich, dark pigment that has often been used as a coloring agent. Interestingly enough, for many years, the USDA stamp on meat was made with black raspberry dye.

Black raspberries have been growing wild in North America since recorded history and were often used by native American Indians as both food and medicine. On the food side, they were a great way to get vitamins during the winter months when fruit was scarce. On the medicinal side, they were often used for stomach pains, bowel troubles, dysentery and to treat wounds.

Black raspberries are enjoyed by over 150 different birds and mammal species including black bears, rodents and various birds. In terms of human consumption, they are somewhat tart, so they’re often used in foods like pies, jams, ice creams and sometimes wine.

Researcher are extremely interested in black raspberries for their potent health and wellness benefits. For example, they have extremely high antioxidant levels. These levels are shown in terms of their ORAC, or oxygen radical absorption capacity. That’s a measure of their ability to absorb oxygen free radicals that can terrorize the body by damaging cells, DNA, and oxidizing LDL cholesterol. Compared to other foods, black raspberries have high ORAC values. That means they can help the body either prevent or fight against a variety of serious diseases.

Dr. Christina Rahm Cook, a renowned research scientist with post Doc work in Nanobiotechnology from Harvard states, “One of the things I really admire about Black Raspberry is that it contains anthocyanins which have been found in research studies to decrease cancer risk.” In fact, they are among the foods that are the highest in anthocyanins. It gives them their deep, dark color and has been linked to anti-inflammatory properties, better heart heart, improved vision, and memory retention.

Many university studies are now underway to determine black raspberries’ ability to slow the growth of different kinds of cancers. In vitro studies have shown that its extract may slow or even reverse the growth of colon, oral, esophageal, cervical and breast cancers.

Black raspberries are rich in vitamins C, B-6, E, A and folic acid. In terms of minerals, you will find lots of calcium, potassium, zinc, and selenium. They also contain a healthy amount of fiber.

Black raspberries are more nutrient dense that their red raspberry counterparts, and have 3 times the antioxidants of marionberries. They are free from cholesterol, low in sodium and fat, and have a small number of calories.

In one cup (123 grams) of fresh black raspberries you will find the following:

If you are trying to win the battle of the bulge, you might want to check out black raspberries. One cup has only 64 calories and it has a high fiber content. Fiber helps keep you feeling fuller longer, so you’re less likely to snack between meals.  Black raspberries also have zero cholesterol and less than a gram of fat. They help to increase energy levels and therefore raise metabolism.

Research shows that black raspberries increase anti-inflammatory microbes in the gut, like akkermansia, desulfovibrio and anaerostipes. Akkermansia, in particular, is found in the mucus lining of the gut and has been shown to help with weight control. One animal study in 2013 showed that it helped decreased both obesity and type 2 diabetes.

Even more than wild blueberries, black raspberries have a high level of anthocyanins, which are proven to aid in eye health. They have been shown to increase circulation through the capillaries of the retina, while decreasing the chance of retinopathy in patients suffering from diabetes.

Black raspberries also have the ability to improve night vision. Some evidence is showing that they may also serve as a shield against macular degeneration.

Researchers are excited about the health benefits of black raspberries when it comes to the fight against cancer. Several universities currently have studies underway to document its ability to slow the growth of a variety of different types.

Animal studies conducted at Ohio State University showed that mice fed a 5 – 10% diet of black raspberries had an impressive 80% reduction in esophageal cancer. Another animal study at the same university showed a 60 – 80% reduction in colon tumors. They are now conducting human research on those same two types of cancers to determine the effects.

One study was conducted on 20 patients with Barrett’s esophagus, a premalignant condition, who were given freeze-dried black raspberries. They showed a decrease in oxidative stress as well as in increase in detoxification markers. More studies are being conducted to determine the full extent to which black raspberries could help people suffering from Barrett’s esophagus.

Black raspberries are very high in antioxidants, which help to prevent chronic ailments, including heart disease. They are composed of flavonoids, phenolic acids, tyrosol, tannins and resveratrol. All of those ingredients are well known for their ability to have antioxidative, anti-inflammatory and anti-atherosclerotic effects.

Black Raspberries are also high in anthocyanins. They have been linked to vasoprotective properties as well as overall cardiovascular health. Some studies are showing that they help to improve lipid profiles and blood pressure as well as vascular function. Researchers noted that they believe it’s the flavonoids in black raspberries that provided the most assistance.

Studies conducted in South Korea, where black raspberry has long been used as a traditional medicine, looked at 51 patients who were at high risk for heart disease. They found that black raspberries helped to repair and maintain the vascular system. It increased the circulation of the endothelial progenitor cells and reduced the risk of cardiovascular problems in people with metabolic syndrome.

The journal “Nutrition” conducted an 8 week study with 45 people who were pre-hypertensive, a condition that can lead to heart disease. The first group had 1500 mg of black raspberries per day, while the second group had 2500 mg per day. The 3rd group took a placebo. The group with the highest dosage of black raspberries showed a significant reduction in systolic blood pressure.

Black raspberry is generally safe when eaten as a food. There isn’t enough data to know if it is safe when taken in larger amounts typically used as medicine. One animal study did show that taken at the dose of 1 gram bodyweight for 21 days, there were no apparent clinical side-effects associated with supplementation.

For pregnant and breast-feeding women, black raspberry is safe in food amounts. Larger medicinal amounts should be avoided until more is known.

There is no known toxicity associated with the black raspberries at this time.

There are currently no known medication, supplement, herb or food interactions with black raspberry. However, it is always best to check with your health care provider when adding something new to your diet

The appropriate dose of black raspberry for use as treatment depends on several factors such as the user’s age, health, and several other conditions. At this time there is not enough scientific information to determine a suitable range of doses for black raspberry. Keep in mind that natural products are not always necessarily safe and dosages can be important. Be sure to follow appropriate directions on product labels and consult your pharmacist or physician or other healthcare professional before using.