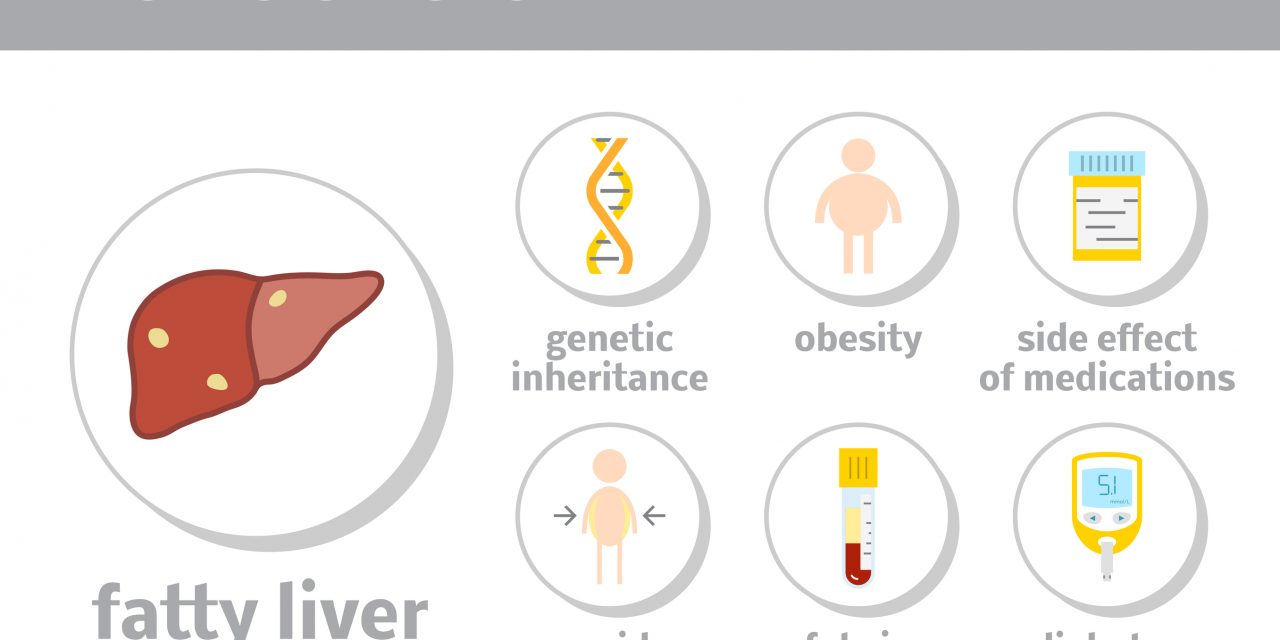 A healthy liver does not contain any fat, or a very minute amount at most. Non-alcoholic fatty liver disease (NAFLD) is a metabolic condition associated with fatty liver disease where excessive amounts of fat are present in the liver due to non-alcoholic uses. This disease was once considered a disease of the Western world but has now begun to escalate in Asia as well, becoming a global problem. Currently, NAFLD affects approximately 25% of the world’s population, including nearly 10% of children due to escalating obesity rates. Additionally, researchers reported that one in three persons suffers from the early stage of non-alcoholic fatty liver disease in the UK.  Left unchecked, NAFLD may lead to cirrhosis or liver cancer over time.

Risk factors for NAFLD include obesity, type 2 diabetes, being overweight, metabolic syndrome, hypertension, hyperglycemia, low serum HDL cholesterol, and high serum triglycerides. Evidence of NAFLD can be found in certain hepatic function tests, including aspartate aminotransferase (ASAT) and alanine aminotransferase (ALT). Both ASAT and ALT are normally found at a low concentration in healthy individuals, mostly in the heart and liver, but these values increase when there is an injury to the liver or heart muscle cells, such as damage caused by NAFLD.

History:     Non-alcoholic fatty liver disease for the last 14 years with a history of smoking and   quit 12 years prior.  He presented with other underlying conditions such as stomach discomfort and inflammation of the esophagus caused by the accumulation of toxins in his body. His doctors refer that this toxicity was the cause of his NAFLD.

Baseline hepatic function tests were repeated after three months, revealing a significant decrease in both values: his ASAT levels dropped from 48 to 29 and his ALT levels dropped from 118 to 75. Of note, the decrease in his ASAT levels represents a change in category from above normal limits to well within the normal range, and the change in ALT represents a change from almost two times the upper limit of normal to only 5 units above range. Since the last finding he has resumed the usual dose of Proprietary blend 1 – 10 drops BID.

In addition to the substantial change in his laboratory values, he also dropped 12 kilograms of body weight and presented such an improvement in his underlying stomach problems that he was able to decrease the dose of the proton pump inhibitors he uses to address these problems from two tablets in the morning and one in the evening to only one tablet in the evenings. He “feels great” since starting Proprietary blend 1 and is now looking forward to medical appointments instead of dreading them, indicating to us that he has noticed an improvement in his quality of life in addition to the change in his laboratory values.