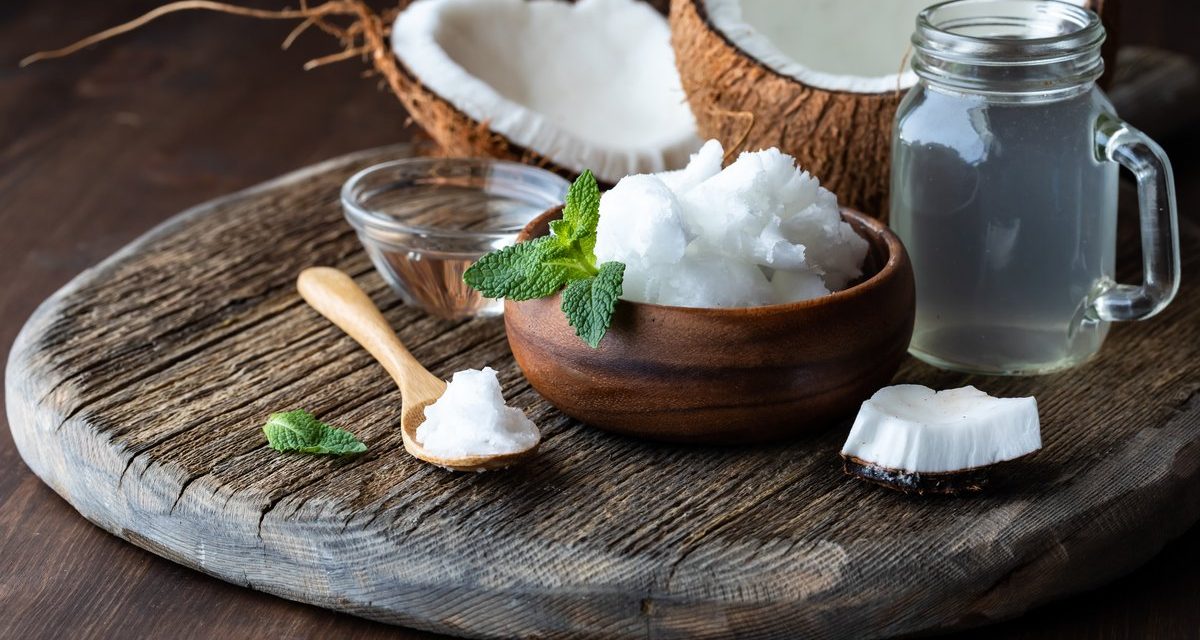 Coconut has the unique quality of being a fruit, a nut and a seed all rolled into one. It has a rich history that dates back to prehistoric trade routes, and today is widely consumed throughout the world in various forms including coconut oil, water, milk and meat. Here are the top health benefits of coconut:

The coconut is a fruit of the palm tree Cocos nucifera. You could consider it the multi-tool of the plant world, because its benefits are so varied. It does everything from being a high-calorie food, to having a shell that can be turned into charcoal, to being potable water. A coconut’s fibers can be spun into rope, it can be turned into a musical instrument, and it can even serve as a flotation device in a pinch. Some call it the “Tree of Life” because every bit of the coconut can be put to good use.

What a coconut actually is, is just as varied. It’s a combination fruit, nut and seed. It’s got a hard green exterior, a hairy husk, the seed itself, and then the coconut meat and liquid inside. But technically speaking, it’s considered a fibrous, one-seeded drupe.

The coconut dates back to the first century BCE. Originally, it was cultivated in two regions — the Pacific basin and Indian Ocean basin. Its genetics preserve a long history, from prehistoric trade routes to the colonization of the Americas. The ancient Austronesians and even Captain Bligh were so intrigued by the coconut that they never set sail without them. Today, coconuts grow in tropical regions from Madagascar to Hawaii. Although they are not native to the US, the coconut palm now grows in southern states like Florida.

Coconuts were once maligned by dietitians because they are high in fat and calories. But more research in recent years has shown that coconuts have many promising health benefits. Now we enjoy adding coconut meat to dishes, cooking with coconut oil, and hydrating with coconut water.

The coconut contains several minerals that are important to the body. They are especially high in copper and and iron, which help form red blood cells. They’re also a rich source of selenium which acts as an important antioxidant and cell protector.

Coconuts contain protein, B vitamins and are high in manganese. Manganese in particular is important to bone health and to the metabolization of carbs, cholesterol and proteins.

Because of their high fiber content, coconuts are beneficial to digestive health and can possibly  aid in weight loss. They also have anti-inflammatory and anti-microbial qualities that work to boost the immune system.

Coconut oil is thought to help increase HDL, or good cholesterol. Because it is low in carbs and high in fiber and fat, it may also help stabilize blood sugar levels for patients with diabetes.

Coconut is very unique in the fruit category because it has a high fat content. In the meat of the coconut alone, around 90% of the fat is saturated. The majority of that fat is called medium-chain triglycerides or MCTs. They are absorbed by your small intestine and used to help produce energy.

Coconut is high in manganese and therefore great at supporting enzymes and fat metabolism. With 44% DV of copper, coconut aids in both bone and heart health.

One cup of fresh, shredded coconut meat contains the following:

One important and differentiating property of coconut oil is that it is “thermogenic.” That means eating it tends to increase energy expenditure, or fat burning, compared to the same amount of calories from another fat.

A study showed that by giving a person 1 to 2 tablespoons of medium chain fats per day, they increased energy expenditure by about 5%, or 120 calories. That basically means that when when you replace the fats you are currently eating with MCT fats, you burn more calories more efficiently.

In a 3 month study, 8 adults on a standard diet were supplemented with 1.3 cups of fresh coconut daily. It caused significant weight loss compared with supplementing the same amount of peanuts or peanut oil.

Studies have shown that the MCTs in coconut oil help to strengthen gut bacteria. Therefore they protect against inflammation and certain conditions like metabolic syndrome. Because coconuts are high in fat, they allow the body to absorb fat-soluble nutrients like vitamins K, D, A and E.

Coconuts have a high fiber content. Fiber helps to support bowel regularity and bulk up stool, which aids in keeping the digestive system in healthy condition.

And finally, coconut oil may reduce the growth of harmful yeasts in the digestive tract, some of which could cause serious infections.

Coconuts, consumed in any form, are antibacterial, antifungal, anti-parasitic and antiviral. Therefore they’ve been shown to boost our immune system and treat conditions ranging from flu to bronchitis to herpes to tapeworms.

They contain a lipid called lauric acid which many researchers think also helps to support our immune system. In one study, isolated bacteria strains were exposed to the lauric acid of coconuts. They inhibited the growth of Streptococcus pneumoniae, Staphylococcus aureus as well as Mycobacterium tuberculosis.

Coconut oil can be used topically on skin to help retain moisture and fight blemishes. Its been show to relieve the symptoms of psoriasis, eczema and dermatitis, while also protecting hair from the damages of sun and weather. It even acts as a weak sunscreen, blocking around 20% of the sun’s ultraviolet rays.

The oil made from coconuts has anti-aging and anti-carcinogenic properties. The ingredient cytokinin found in coconut helps prevent wrinkles, age-related spots and sagging skin. One tip is to try applying coconut oil to skin before showering so pores open up and allow the oil to absorb effectively.

When it comes to heart health, there are different ways at looking at the effects of coconut on our bodies. On one hand, coconut oil is extremely good at giving our HDL, or good cholesterol, a nice boost. One 4 week study showed that when 91 people were given 1.6 ounces of either extra virgin coconut oil, unsalted butter or extra virgin olive oil on a daily basis, those in the coconut oil group showed a significant increase in good cholesterol compared to the others. Another 8 week study on 35 healthy adults showed that when 1 tablespoon of coconut oil was consumed twice daily, patients had a significant increase in HDL.

Studies suggest that the polyphenols found in coconut oil can help to prevent the oxidation of LDL (bad) cholesterol.  That makes it less likely to form plaque in the artery walls.

In some parts of the world, coconut oil is a staple. The best example is the Tokelauans in the South Pacific. They used to get over 60% of their calories from coconut. Research showed that not only were most of them in excellent health, they had very low rates of heart disease.

In terms of coconut milk, one 8 week study showed that people who had 7 ounces of porridge made with coconut milk had significant reductions in LDL, or bad cholesterol, and an increase in good cholesterol when compared to those who had soy milk in their porridge.

But the other side of the argument is this. Coconut oil is about 90% saturated fat, which is a higher percentage than even lard. Too much saturated fat can raise bad cholesterol levels, and actually increase the risk of heart disease. Until more extensive studies are done, it is probably best to only use coconut oil on occasion rather than using it on a frequent basis.

Coconut is low carb, high fiber and fat food. Its high fiber content helps to slow digestion and improve insulin resistance which can regulate blood sugar levels. When diabetic rats were fed protein made from coconut meat, their insulin levels, blood sugar and glucose metabolism were significantly better than those who didn’t eat coconut.

One animal study showed that the arginine content in coconut may have some anti-diabetic effects. Arginine is an amino acid important for pancreatic cells. Those cells release insulin to help regulate blood sugar levels.

Additional research has shown that coconut water can help to lower blood sugar levels in diabetic animals. One study showed they not only had improved blood sugar, they also had a reduction in the markers of oxidative stress.

Coconut water is a good source of magnesium. Magnesium has been shown to improve insulin sensitivity and decrease blood sugar in pre-diabetic patients, as well as those with type 2 diabetes.

The majority of the research done on coconut’s effects on diabetes has been conducted on animals. More human research is needed to determine the exact effect it may have on the body.

Coconut oil is LIKELY SAFE when taken by mouth in food amounts. However, it has a high saturated fat content. Regularly eating meals containing coconut oil can increase levels of “bad” low-density lipoprotein cholesterol. This might be a problem for people who already have high cholesterol. Therefore, it is recommended not to eat coconut oil in excess, to only use it occasionally. It is POSSIBLY SAFE when used as a short-term medicine.

Coconut oil is LIKELY SAFE when applied to the skin.

Coconut water is LIKELY SAFE for adults and children to consume orally. There is insufficient information on its safety for pregnant and breast feeding women. It may affect blood pressure in patients who have hypertension, so discontinue use at least 2 weeks before a surgery.

Coconut water may have an interaction with herbs and supplements that lower blood pressure, potentially causing it to drop too low. Some of these supplements include:

The appropriate dose of coconut depends on several factors such as the user’s age, health, and several other conditions. At this time there is not enough scientific information to determine an appropriate range of doses for coconut. Be sure to consult your physician or other healthcare professional before using.

However, in terms of coconut oil, the following has been studied in scientific research. When applied to the the skin of children for eczema, use 10 ml of virgin coconut oil in two divided doses daily for 8 weeks.

For high blood pressure in adults, the recommended dosage is 300 ml of coconut water twice daily, but there is insufficient evidence on the proper duration.