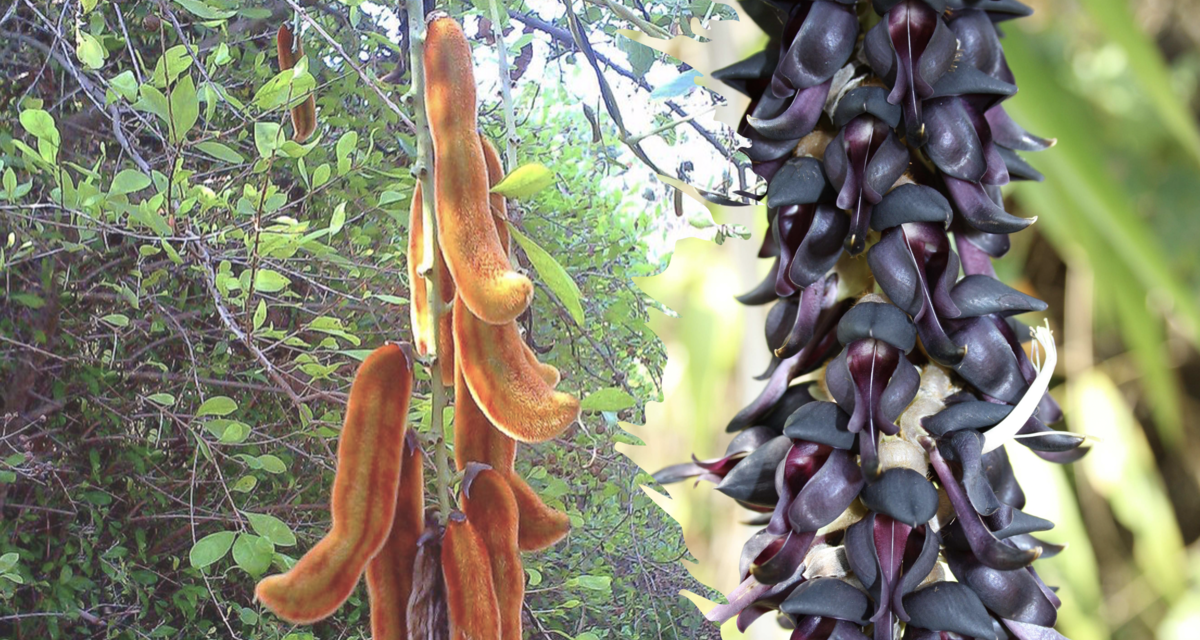 Mucana Pruriens, or velvet bean, is a tropical legume that has been used for thousands of years in Ayurvedic medicine. It is a powerful plant that can naturally boost dopamine levels. Here are some of the top medicinal properties of mucana pruriens:

Mucuna Pruriens, often known as “velvet bean”, “cowhage” or “cowitch” is a vigorous climbing legume that grows in India, tropical areas of Africa and the Caribbean. Dating all the way back to 1500 BC, it was a popular, traditional green vegetable used as a food source, and even today is one of the most sought after green crops of the tropics. Raw velvet bean contain between 23% and 35% protein and are very rich in minerals. They’re comparable to a soy bean, a rice bean or a lima bean. In some countries, their young leaves are used as animal fodder and to enrich the soil as a fertilizer.

There are a dozen or so different forms of mucana pruriens The main differences are the color of the pod and the seed, as well as the number of days to harvest. The “cowitch” variety have long, stinging hairs on the pod that when touched can cause a itchy dermatitis. In contrast, the non-stinging types, called “velvet bean”, have silky hairs.

One of mucana pruriens greatest powers lies in its medicinal value. It is an Indian medicinal plant and has been used in traditional Ayurvedic medicine since ancient times. In fact, it is one of the few plants in which all parts possess medicinal properties.

Several in vitro and in vivo studies have shown that its extracts have a wide variety of health and wellness benefits. It’s shown promise as both an anti-inflammatory and an anti-oxidant, as well as exhibiting anti-diabetic qualities.

Due to its high content of L-dopa, which is a precursor of the neurotransmitter dopamine, it has also been used as an alternative treatment to Parkinson’s Disease. It’s particularly popular in low income regions of the world where pharmaceuticals for Parkinson’s treatment are unaffordable. Some studies are showing that the L-dopa from M. Pruriens has many advantages over the synthetic variety. One being that synthetic L-dopa can have side effects that are not seen with the natural M. Pruriens.

In Ayurvedic medicine, M. Pruriens has also been used for many years as a powerful aphrodisiac, and to treat nervous disorders and arthritis. One of the other interesting properties of velvet bean is that it has shown to be an effective treatment against snake venom and the neurotoxic effects of snake bites.

In addition to its L-dopa content, Mucana pruriens has good nutritional value. It is easily digestible, not always the case with legumes, and contains the following nutrients:

However, like most legumes, mucuna pruriens also contains some anti nutrients that limits its nutritional quality. They are:

In certain cases of depression, mental health patients show a deficiency in dopamine. Could mucuna pruriens possibly help? A couple of research studies are showing hope.

One published in 2014 in the International Quarterly Research Journal of Research in Ayurveda looked at the antidepressant effects of velvet bean on animal subjects. Turns out that a hydroalcoholic extract of the velvet bean showed antidepressant effects, which researchers believe had a lot to do with M. pruriens ability to increase dopamine levels.

Another study produced even more significant findings. Published in the 2013 Oriental Pharmacy and Experimental Medicine Journal, a study found that the antidepressant action of velvet bean didn’t only affect dopamine. Animal subjects also had increased levels in 2 other important neurotransmitters — serotonin and norepinephrine. This finding is extremely valuable because people who suffer from depression typically have disturbances in all three levels —- dopamine, seratonin and norepinephrine.

In terms of velvet bean’s effect on anxiety, an animal study was conducted in 2014. Three different experimental models were used alongside chronic administration of velvet bean. The results showed a significant anti-anxiety effect in each of the models studied.

Though more research needs to be conducted, it’s becoming increasingly clear that mucuna pruriens could be of help in our global mental health care crisis. We look forward to more research that could help patients suffering from mental illness around the world.

Mucana pruriens is a type of adaptogen. That means it acts as a healing plant that regulates hormones in the body to help people better handle the effects of stress. Velvet bean naturally contains high levels of L-dopa, which is a precursor to dopamine. Research tells us that the brain chemical dopamine plays a major role in our emotions, our daily motivation an in our ability to feel pleasure.

Research is also finding that M. pruriens reduces the production of cortisol in response to stress. An investigation was done to understand the role of velvet bean in infertile men who were suffering from psychological stress. After studying 60 subjects treated with M. pruriens, psychological stress decreased significantly, while sperm count and motility levels significantly increased.

In terms of disease, you will probably hear the most about mucana pruriens as it relates to Parkinson’s. In fact, it’s been used in Ayurvedic medicine to treat Parkinson’s Disease for many years.

People who suffer from Parkinson’s have low levels of dopamine in parts of their brains. That’s because the disease reduces tyrosine’s ability to convert to L-dopa. The L-dopa found in M. pruriens can actually cross the blood-brain barrier and be used to make dopamine. That helps restore neurotransmission and increases levels. As an added benefit, other antioxidants in velvet bean may also enhance the protection of the brain.

In a clinical trial of 60 people, mucana pruriens in powder form decreased the symptoms of Parkinson’s better than the standard Western medicine treatment after a 12 week period. In another study, it was just as effective as the standard treatment, but was absorbed more quickly and reached peak levels faster. It also had none of the side effects of the Western treatment.

With velvet beans’ high levels of serotonin and nicotine, it’s also been linked to better neurological function and a lower risk of developing a neurodegenerative diseases like Parkinson’s in the first place. In mice with Alzheimer’s, once study showed that velvet bean reduced brain inflammation and prevented the death of dopamine neurons, while also increasing the chief antioxidant in the brain.

For men struggling with infertility, mucana pruriens may be a good alternative treatment. Ayurvedic medicine has used velvet bean as an aphrodisiac for years. Several studies are backing up that claim. Research conducted at CSM Medical University in India investigated the effects of velvet bean on 75 men suffering from infertility as compared to a control group of 75 healthy, fertile men.

For people suffering from diabetes, sexual disfunction and low libido can be a problem as well. In an animal study conducted in 2012, researchers found that subjects with diabetes showed significant improvement in sexual behavior, libido, hormone levels, potency and sperm parameters.

In addition to pharmaceuticals that are classically used to treat diabetes, there are several different plants that have promising hypoglycemic qualities. Judging by a variety of different research studies, mucana pruriens is proving to be one of those plants. You see, mucana pruriens contains an inositol call d-chiro-inositol. It has the ability to mimic the effects of insulin and help lower high sugar levels.

In one study, a single dose of M. pruriens significantly reduced the blood glucose level of diabetic rats when compared to diabetic rats that had no treatment. As an added benefit, it also reduced the weight loss usually associated with diabetes.

In another animal study conducted on rabbits with diabetes, velvet bean caused a significant reduction in blood glucose levels. It seems that the high levels of trace elements in velvet bean, like zinc and manganese, may play a significant role. They act indirectly by stimulating the release of insulin and/or by a direct insulin-like action.

Though more research needs to be done on humans, these studies clearly help to support the the use of M. pruriens as it relates to the treatment of diabetes.  They may also help spark the idea that this plant could be a great source for a remarkable, and natural, anti-diabetic drug.

For years, mucana pruriens has traditionally been used in places like Nigera to help prevent snake poisoning. Its powder is said to act as a pre-treatment for bites. Although no clinical studies directly support this, there are some interesting indicators.

Mucana pruriens contains a sugar-bound protein that is very similar to snake venom protein. These proteins stimulate the production of anitbodies which stay in the system for a long time. They act almost like a vaccine would by priming the immune system. Once they come in contact with snake venom, they are able to “cross-react” and potentially protect against a serious poisoning situation.

In one animal study, mucana powder helped protect against heart-damaging effects that are sometimes associated with cobra venom. In another animal study, its extract helped the body secrete more antibodies to fight against viper venom.

The hair of the bean pod should not be taken orally or topically because it can cause burning, itching and swelling. There isn’t enough information on taking velvet bean while pregnant or breastfeeding, so it’s best to stay safe and avoid it.

If you have ongoing health issues, consult your doctor before taking mucana pruriens. It is not typically recommended for people who suffer from cardiovascular disease, liver disease, melanoma, or peptic ulcers. Since it may lower blood sugar levels, you should stop taking it two weeks before any surgery.

Mucana Pruriens should not be take in combination with the following medication:

Some drugs react moderately with velvet bean, but are best avoided. They are:

Always consult your physician before taking mucana pruriens if you are on prescription medication.

Mucana pruriens is available in a variety of forms — raw beans, powders, tinctures, capsules or as roasted beans.

Although the appropriate dose depends on individual factors like age and health status, a typical dose is 5 gram per day of the dried bean powder. It’s generally best to start with a lower dose and work your way up.

When taken as a supplement, clinal studies on Parkinson’s Disease and male fertility point towards 5 gram of powder per day as a good and effective starting dose. However studies on Parkinson’s have used higher doses of 15 and 30 grams of dried extract. It’s best to consult your doctor to determine what dosage is right for you.

Dosing, Interactions and Side Effects