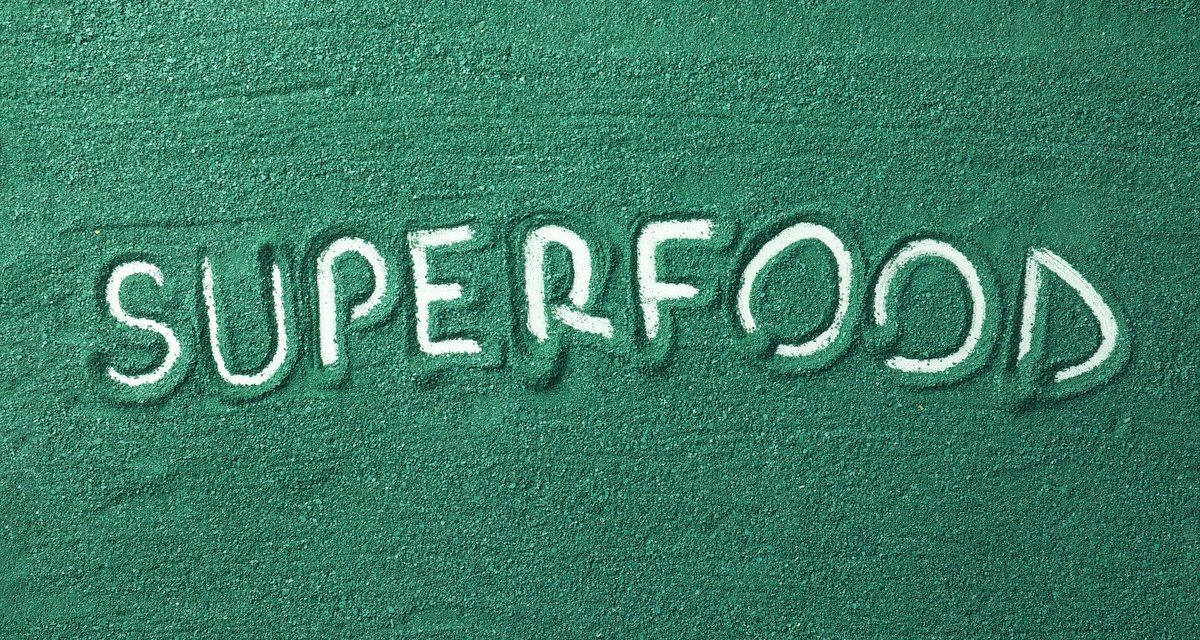 Spirulina is a type of blue-green algae that has become one of the world’s most popular supplements. Great for vegetarian or vegan diets, it has a high protein and vitamin content, and some great disease fighting properties. Here are the top health benefits of this nutritious food:

Believe it or not, spirulina is actually a colloquial term used for a great number of Cyanobacteria in the Spirulinaceae family. Although it may seem like a hot, new supplement, it actually has been a part of the human diet since the 16th century. French researchers noted that it was consumed by the native African people in the modern-day Republic of Chad. The Aztecs in Central America may have been harvested and traded spirulina too.

Spirulina is considered to be a type of blue-green algae that thrives in high-salt, alkaline water where many microorganisms find it tough to grow. The interesting thing is, it relies completely on photosynthesis to survive. Spirulina is mostly grown in Lakes Niger and Chad in Central America, along the Great Rift Valley of East Africa and in Lake Texcoco in Mexico. But it can be grown and harvested in any place that conditions allow.

Popular among vegetarians and vegans for its high protein content, spirulina vaulted to fame when NASA proposed it could be grown in space and used by the astronauts to help them survive.

In terms of health benefits, spirulina has excellent nutritional content, which is why you may hear some people refer to it as a superfood. Gram for gram, it’s one of the most nutritious foods you can eat. It has a whopping 60% protein content, making it a richer source of protein than most vegetables. It’s also a great source of beta-carotene, calcium, potassium, iron, niacin, magnesium, B vitamins and the essential fatty acid linolenic acid.

Research is showing that spirulina has excellent inflammation fighting and antioxidant properties. That’s good news for our immune systems and our ability to fight diseases.

Human studies tell us that spirulina can improve glucose and lipid metabolism. And that it can have a protective effect on the heart, while also reducing liver fat. Some preliminary finding are showing that it may help to increase exercise performance and lesson the effects of fatigue.

Because it increases the production of antibodies, spirulina may help to ward off chronic diseases like cancer. Some early studies are showing that its potent antioxidant capabilities may help to reduce cancer cell growth.

Spirulina is rich in nutrients and contains significant amounts of calcium, niacin, magnesium, potassium, iron and B vitamins. It also contains thiamin, riboflavin, folate, and vitamins A and K. It’s a great way to supplement protein (which makes up about 60 – 70% of its weight) in your diet without notable side effects.

Spirulina is naturally a high-nutrient, low calorie food. Throw protein-rich in there, and you are looking at the kinds of nutritional qualities that are known to promote weight loss. Because spirulina has a lot of nutrition in a small amount of powder, it has the great quality of helping people lose weight without losing ever-so-important nutrition.

Protein is used to grow and maintain nearly every part of your body. Fortunately spirulina is loaded with it. Eating protein helps your body maintain lean tissue and burn more fat. On the other hand, having too little protein can lead to low energy, unstable blood sugar levels and trouble managing weight.

One study conducted in 2016 used a double-blind placebo-controlled trial. Participants who were overweight and regularly ate spirulina for 3 months showed improved body mass index. More studies are needed to determine the full effect that spirulina may have on weight loss.

When it comes to exercising, antioxidants are one thing that helps athletes recover from the oxidative stress that leads to muscle fatigue. Some plants have antioxidant properties that can help minimize this damage. Spirulina happens to have a bunch — phenolic compounds, phycocyanins, tocopherols and beta-carotene. Preliminary research suggest that these antioxidants help spirulina to improve muscle strength and endurance.

In two separate studies, spirulina helped significantly increase the time it took for athletes to become fatigued. According to another study published in 2010 in Medicine and Science in Sports and Exercise, 9 male recreational runners showed a great increase in exercise performance and level of antioxidants after taking spirulina than when they were not taking any supplements at all, or a placebo.

Although there is not enough evidence to be conclusive, the preliminary findings are promising on spirulina’s positive effect on endurance and fatigue.

The cells of spirulina algae do not have tough, fibrous walls like some other greens, making it easy to digest. However, it does not contain much fiber, so it’s important to include other gut-healthy, fiber filled foods in your diet.

Recent animal studies are suggesting that spirulina may play a positive role in gut health. A study conducted in 2017 found that it helped preserve healthy gut bacteria in aging mice. Several other studies showed that its anti-microbial qualities helped slow the growth of and successfully eliminate harmful bacteria. It was particularly effective on candida, even helping to keep it at bay long term.

A 2009 issue of the “Journal of Medicinal Food” found that spirulina helped intestinal immune cells of mice fight off infectious agents in the digestive track and therefore prevent disease. More research is needed to show if it could have the same effect on humans.

Spirulina also has a high protein content. That protein promotes healthy digestion by providing amino acids that the body can reassemble into digestive enzymes. Some of those enzymes, like pepsin, help to break down protein in food. Other enzymes, like lactase, help break down carbs.

There is some evidence to suggest that spirulina may be helpful in the fight against cancer. It increases the production of antibodies which improve immunity and help to ward off chronic disease. It is also loaded with potent antioxidants that can reduce cancer cell growth.

Animal studies are suggesting that spirulina can reduce the occurrence of cancer as well as the size of tumors. One particular area of much study is cancer of the mouth. Research in India looked at almost 90 people who had precancerous lesions in their mouths, or sub mucous fibrosis (OSMF). Of the participants who took 1 gram of spriulina a day for 1 year, 45% saw their lesions disappear, compared to only 7% in the control group. When the people in this study stopped taking spirulina, almost 1/2 of them developed lesions the following year.

Another study of 40 people with OSMF who took the same 1 gram dosage per day of spirulina had greater improvement in their symptoms than those on the drug Pentoxyfiiline.

More studies are needed to determine how spirulina can be most useful in the fight against this deadly disease.

Research is showing that spirulina, with all its many nutrients, is becoming an important therapeutic food. Both animal and human studies point to some positive effects it’s having on patients suffering with diabetes.

One two month study was conducted on 25 people with type 2 diabetes mellitus. When they consumed 2 grams of spirulina per day, they saw a significant reduction in blood sugar levels and an improved lipid profile. Also one marker for long-term blood sugar levels decreased from 9% to 8%. That may sound small, but it actually means that the risk of diabetes-related deaths lowered by an impressive 21%.

On the animal research side, a study was conducted in 2017 on mice with type 1 diabetes. After being given spirulina extract, they showed lower blood sugar levels, improved liver enzyme markers and higher insulin levels. Researchers believe this may be due to spirulina’s potent antioxidant qualities.

Although these tests are showing positive results, researchers feel more study is needed to obtain conclusive results on spirulina’s effect on diabetes.

Heart disease is the #1 cause of death in the world. There are many contributing factors to heart disease, some of which spirulina may be able to help with. One of those factors is cholesterol — an unhealthful fat in the blood that experts link directly to heart disease.

Studies are showing that spirulina can lower bad, or LDL cholesterol and triglycerides. At the same time, it raises HDL, or good cholesterol. In one 25 person study, spirulina significantly improved these markers. In another study, 1 gram of spirulina a day lowered triglycerides by a whopping 16.3%, and bad cholesterol by 10.1%.

A 2016 review suggested that in supplement form, spirulina may have a positive impact on blood lipids. It was found to significantly reduce total cholesterol —- again, lowering bad and raising good. Three years before, a study showed that 1 gram a day reduced patient’s cholesterol after 3 months of use.

Researchers think it may be the antioxidants in spirulina that help to reduce lipid peroxidation in both humans and animals. It seems to reduce oxidative stress while also increasing antioxidant enzymes in the blood.

Maintaining blood pressure is an important part of staying healthy. When it’s too high, it can lead to a variety of disease, including strokes, heart attacks and kidney disease.

Fortunately, blood pressure is another area where spirulina may be of assistance. In a small scale study conducted in 2016, researchers found that eating spirulina on a regular basis for 3 months lowered blood pressure in patients who were overweight and had hypertension.

Another study showed that when 36 participants consumed spirulina, the blood pressure of both men and women in the group significantly lowered.

However, researchers felt they wanted to know more. So they delved deeper into exactly how spirulina interacts with blood vessels. What they found out is that spirulina helped to relax the arteries and therefore lower blood pressure— an effect that involves nitric oxide. Nitric oxide is known for playing a substantial role in maintaining healthy blood pressure.

It’s important to note that a significant amount of spirulina may need to be ingested before it could effect blood pressure. For example, 1 gram is too low, and it may take more like 4.5 grams a day to make a difference.

Considering its long history as a food, most physicians consider spirulina to be generally safe. However, they do note that it can become contaminated with toxic metals if grown in unsafe conditions. If spirulina is contaminated, it can cause nausea, vomiting, weakness, rapid heartbeat, liver damage and even death. Contaminated spirulina can be especially dangerous to children. The NIH recommends to check the source of spirulina to ensure it is grown safely and tested for toxins.

Since it is a type of algae, spirulina could theoretically contain the amino acid phenylalanine. Therefore it should be avoided by people who have PKU — a metabolic disorder that prohibits the body from metabolizing phenylalanine.

If you have a bleeding disorder, avoid spirulina as well.  It might slow blood clotting and increase the risk of bleeding and bruising.

Women who are pregnant or breast-feeding should avoid spirulina since there is a lack of safety studies in this group.

Spirulina may also interfere with drugs that slow blood clotting, including blood thinners such as Warfarin as well as nonsteroidal anti-inflammatory (NSAIDS) pain medications. Other medications include the following:  clopidogrel (Plavix); nonsteroidal anti-inflammatory drugs (NSAIDs) such as diclofenac (Voltaren, Cataflam, others), ibuprofen (Advil, Motrin, others), and naproxen (Anaprox, Naprosyn, others); dalteparin (Fragmin); enoxaparin (Lovenox); heparin; warfarin (Coumadin); and others.

Lastly, blue-green algae can actually decrease the amount of iron the body can absorb. When taken with iron supplements, it might make them less effective.

A standard daily dose of spirulina is 1- 3 grams, but doses of up to 10 grams per day have been used effectively.

For high blood pressure, 2-4.5 grams of blue-green algae per day have been used. Some studies have proven the higher end of that range to be more effective.