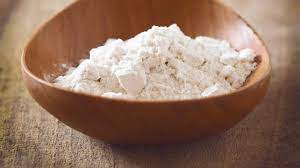 What Are the Benefits and Risks of Cellulose Gum? Peggy Pletcher, M.S., R.D., L.D., CDE

Used in all different food products, cellulose gum is a thickening agent. To give food a  more thick and creamier consistency, many low-fat and diet products use food additives like  cellulose gum. It can stabilize foam, stop sugar from crystallizing, improve texture, bind water,  and many more. Cellulose gum may work as an appetite filler. That is why this particular  additive is found in many diet foods. If too many foods high in cellulose gum are eaten, some  people experience looser bowel movements; which is also why some people use it as a laxative  to aid in weight loss. Cellulose gum is found is other things besides food, including toothpaste,  household products, and pharmaceuticals. It is considered a safe food additive, however, some  scientists still pose questions on the potential unknown risks. According to the Center for Science in the Public Interest (CSPI), they caution that this additive isn’t has healthy as the fiber found in  natural foods. Although it is not a common occurrence, some people may have an allergic  reaction to cellulose gum.

What is Carboxymethyl Cellulose (CMC) / Cellulose  Gum (E466) in Food and Uses?

Cellulose gum is a multi-functional ingredient that is used as a food binder, thickener,  stabilizer, and emulsifier. CMC is usually made into its sodium salt due to its poor water  solubility. Cellulose gum thicks and stabilizes many foods by retaining moisture, produces  consistent texture and more. It is considered to be vegan because it is a plant based fiber, and it is  gluten free. There are two steps in the manufacturing process of CMC: Alkalinization—a process  that lowers the amount ion acid in a solution, and Etherification—the dehydration of an alcohol  to form ethers or pleasant-smelling, highly flammable volatile liquids. It is a slightly white,  yellowish or greyish, tasteless and odorless, small grainy powder. Also, cellulose gum can absorb  water very easily in either cold or hot water. Typically, the viscosity to consistency is associated  to the DP or polymerization degree of cellulose, the solution concentration, the pH value,  temperature, degree of substitution, and etc. The main uses of CMC: to stabilize the particles of  beverages and improve the mouthfeel; improve texture and volume and prolong the shelf-life and  retain moisture; and to bind water and improve production. Cellulose gum is considered a safe  food additive according to the Food and Drug administration (FDA).

Gums or hydocolloids are commonly used in the food industry as ingredients for the control of  texture, shelf-life, flavor, and microstructure. To improve the textural and state of matter  properties of food products, they are used as thickening, stabilizing, and gelling agents. Gums  including cellulose gum (CGs) or carboxymethyl cellulose (CMC), xanthan gum (XG), locust  bean gum (LBG), guar gum (GG), and hydroxypropyl methylcellulose (HPMC) are all used as  food thickeners for easy, safe swallowing.

A study investigated the effect of two gel-forming polysaccharide gums, guar gum, and  carboxymethyl-cellulose on glucose transport in vitro using the everted sacs of rat small  intestine. The trails reported that glucose transport with or without adding guar gum was  revealed to be sensitive to muscosal stirring. Also, the the incubation with guar or CMC led to an  increase in the thickness of unstirred fluid layer overlying the mucosa. The end results concluded  that a polysaccharide gum in the fluid film increases its viscosity.

A variety of animal studies have reported that Carrageenan and Carboxxymethylcellulose  (CMC) influence histopathological characteristics that resemble inflammatory bowel disease  while the alteration of microbiome, disruption of the intestinal epithelial barrier, inhibition of  proteins that protect against microorganisms, and stimulation of the pro-inflammatory cytokines.  The results of these studies demonstrated that Carrageenan and CMC caused intestinal ulcerations. There is concern amongst the scientific community about these findings because  Carrageenan and CMC are very popular in the processed food industry and children. More  research is needed to fully examine the role of these gums in the microbiome alteration of  intestinal inflammation; however, it may help with the discovery of the nutritional strategies to  prevent or treat disease.

Researchers examined the development of a carboxymethyl cellulose-based hydrogel  containing silver nanoparticles to determine the antibacterial and antimicrobial properties of the  gel. It has been reported that silver nanoparticles can provide protection against infection. In the  study, the particles were prepared with the CMC hydrogel in situ, and then distinguished through  nanoparticles tracking analysis, UV-vis spectroscopy, rheological measurements, and  transmission electron microscopy analysis. The results of the study proved the antimicrobial  activity of silver-nanoparticle hydrogels. For the use of would-healing treatment, the CMC  nanoparticle hydrogels have excellent potential.

Use of Natural Gums, and Cellulose Derivatives in Production of Sustained Release Metoprolol Tablets

compression process. Although tablets with 100 percent xanthan had the fastest mean dissolution  time and the lowest DE(8) percent in the gum formulations, increasing the xanthan decreased the  release rate of metoprolol and other formulas. Natural gums are found to be ideal for the  manufacture of metoprolol continuous release tablets.

An experiment conducted was aimed to determine the water absorption isotherms of  carboxymethyl cellulose (CMC), gaur hum (GG), locust bean gum (LBG), tragacanth gum  (TG)m and xanthan gum (XG) at different temperatures. The results of experiment reported in all  gums, there was an increase in temperature at each water activity value while the equilibrium  moisture content decreased. With respect, CMC and GG gums were the least and the most  hygroscopic gums.

Researchers investigated the textural, composition, hydration, viscoelastic, sensory, and  color features of both regular and low-fat pork breakfast sausages with and without  carboxymethyl cellulose (CMC) and microcrystalline cellulose (MCC). The experiment results  show that product lightnesss was reduced in both MCC and CMC, and MCC was more effective  in retaining moisture compared to CMC. In addition, springiness was reduced by CMC and stuck  together by other cellulose gums. High fat products were less elastic and easier to chew  compared to low fat products.