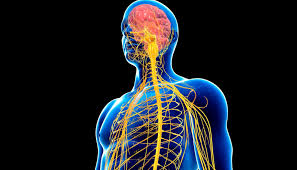 Many infectious pathogens, including bacteria, fungi, parasites, and viruses, are causative agents of central nervous system illnesses. Infections are a leading source of illness and mortality across the world. The development of meningitis and encephalitis is mostly linked to viral CNS diseases. However, viral infections are linked to CNS illnesses defined by leukocyte infiltration and inflammation, resulting in progressive damage, such as progressive multifocal leukoencephalopathy produced by the John Cunningham virus, AIDS-related dementia complex found in HIV-infected individuals, and congenital CMV neurodevelopment sequelae. The production of free radicals is predicted in normal oxidative metabolism. Researchers discovered reactive oxygen species through X-ray irradiation of molecules and as a result of regular enzyme metabolic activity in the 1950s. They began to believe that tissue and cell damage was caused by the creation of oxygen free radicals.https://www.intechopen.com/books/glutathione-in-health-and-disease/the-role-of-glutathione-in-viral-diseases-of-the-central-nervous-system