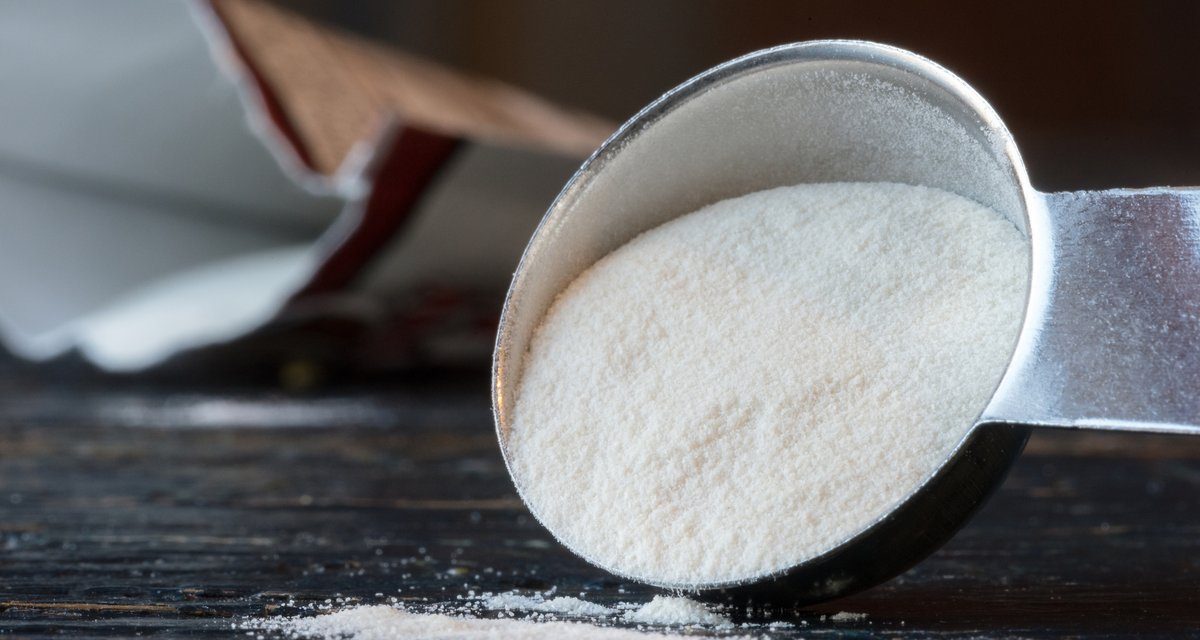 What is Xanthan Gum? Is it Healthy?

The bacteria Xanthomonas campestris, which infects several cruciferous plants (including  cauliflower and cabbage) and causes diseases including bacterial wilt and black rot, produces  xanthan gum when glucose, sucrose, or lactose is fermented. Around 35 calories, 8 grams of  carbohydrates, and 8 grams of fiber are contained in one tablespoon (approximately 12 grams).  Guar gum can be replaced with xanthan gum and vice versa. Both are widely used in flour mixes  to give baked goods more structure. Gluten-free xanthan and guar gum are often substituted for  gluten. Xanthin gum is a thickening and stabilizing agent that is produced by a plant-pathogenic  bacterium (a microorganism that causes a variety of diseases in plants). It is commonly used as a  thickening and stabilizing agent in a variety of food and industrial goods. When gluten-free  flours are used, xanthan gum supports the proper combination of starches.

Xanthan Gum- Is this Food Additive, Healthy, or  Harmful?

Xanthan gum is a common food additive that is used as a thickener or stabilizer in a  variety of foods. Sugar is fermented by a bacteria called Xanthomonas campestris, which  produces it. When sugar is fermented, a broth or goo-like material is formed, which is solidified  by adding alcohol. After that, it’s dried and ground into powder. Many foods may benefit from  the addition of xanthan gum to increase texture, consistency, taste, shelf life, and appearance. It  also helps to preserve fruit, allowing it to tolerate a range of temperatures and pH levels. It also  keeps foods from separating and enables them to spill freely out of their containers. Other  possible health benefits of xanthan gum have been associated, but these are unlikely to occur  without supplementation. Lower cholesterol, weight loss, cancer-fighting properties, increased  regularity, thickens liquids, and salvia replacement are only a few of the possible health benefits.

Dietary fiber has a number of microbiota-mediated effects, including anti-inflammatory  metabolites and pathogen tolerance. Clostridioides difficile colonization is prevented by a stable  gut microbiota. Dietary manipulation of these microbes may improve clinical outcomes by  increasing colonization resistance. By preserving the microbiota during antibiotic therapy,  xanthan gum reduces mouse resistance to C. difficile colonization. Although the associations  between antibiotics and xanthan gum are unknown, xanthan gum has historically been used to  bind drugs and change their pharmacokinetics. As a result, xanthan gum may interfere with the  effectiveness of oral antibiotics used to make the microbiota susceptible. Clostridioides difficile  uses this community’s absence to induce diarrhea and inflammation. As a result, one of the most  important scientific goals is to find ways to boost resistance to C. difficile colonization, either by  supplementation of bacteria that encourage resistance or through a diet that enriches for those  already present in the gut. Microbiota is important for gut health because it aids digestion and  regulates colonic physiology. The use of live bacteria (probiotics) or nondigestible, microbiota accessible additives in the host’s diet to manipulate the microbiota to enhance human health has  become a popular field of biomedical science.

The dietary effects of xanthan gum in man

Following a 7-day monitoring cycle, 5 male volunteers ingested a weight of xanthan gum  equal to 15 times the current allowable daily consumption allowed by the EEC and the Joint  FAO/WHO Expert Committee for Food Additives on each of 23 consecutive days; thus, the  lightest and heaviest of the volunteers consumed 10.4 g and 12.9 g of xanthan gum daily,  respectively. The results show that xanthan consumption has no negative dietary or physiological  effects in any of the participants. Both enzymatic and other parameters that function as sensitive  markers of negative toxicological consequences, in particular, remained unchanged.